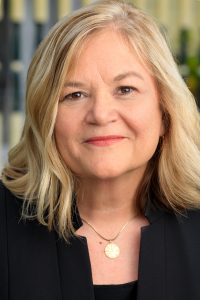 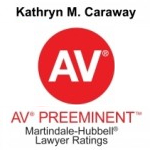 Ms. Caraway earned her bachelor’s degree in Communications from Newcomb College of Tulane University. She completed her law degree at Loyola Law School. She met her law partner, Ann LeBlanc, when both worked as journalists before law school. Ms. Caraway has been selected as a “Super Lawyer” from 2013-2016 and 2019 – 2021.  She is a member of the AP Tureaud American Inn of Court. She serves on the boards of United Saints, a disaster recovery non-profit, and Shelter Resources, which focuses on affordable housing and social services for elderly residents in New Orleans. 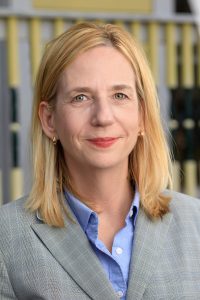 Ann Marie Leblanc is one of the founding members of Caraway LeBlanc, L.L.C. and is an experienced litigator in the area of medical malpractice. She has focused her practice on the defense of physicians, other individual health care professionals, hospitals, and nursing homes. She has also defended the Patient’s Compensation Fund in claims for excess damages. Ms. LeBlanc’s thirty years of experience include representing defendants in complex and high profile litigation involving more than forty plaintiffs. Additionally, she advises her clients on complicated risk management issues. 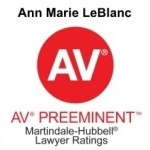 Ms. LeBlanc graduated from Loyola Law School where she was a member of the Loyola Law Review and Moot Court Board and where she is now an Adjunct Professor in Bioethics and the Law. Ms. LeBlanc was named a “Super Lawyer” in 2013 and 2021 and enjoys an AV rating (the highest rating possible) by Martindale Hubbell. She is a member of the Louisiana Bar Association, the New Orleans Bar Association and on the executive committee of the AP Tureaud American Inn of Court. She was also president of one of the largest civic associations in the Greater New Orleans Area, the Lakeview Civic Improvement Association, from 2013-2015, a commissioner on the Lakeview Crime Prevention District, and the recipient of The Order of St. Louis IX award in 2007 from the Archdiocese of New Orleans. 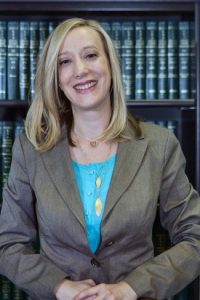 Erica Andrews is a skilled attorney with four years of experience as a solo practitioner in various areas of law. Ms. Andrews began her solo practice in 2013 and has since successfully litigated and negotiated settlements in cases focusing on domestic law, as well as contract, employment, successions and collections matters. Named a 2014 LIFT (Legal Innovators for Tomorrow) Fellow and 2014-2016 LIFT Incubator Attorney by the Louisiana State Bar Association, she represented victims of domestic violence in family law matters.

Ms. Andrews is a native of New Orleans. She earned her BA in Psychology from Tulane University and later received her Juris Doctorate from Loyola Law School’s College of Law where she served as a member of the Journal of Public Interest Law. She is currently active in the Louisiana State Bar Association, serving on the Access to Justice Committee and Gap Subcommittee, to expand access to those unable to afford legal services.

Prior to becoming an attorney, Ms. Andrews worked as an assistant to a physician for several years. Her background in both law and medicine gives her a unique perspective from which to advocate for hospitals and health care providers. 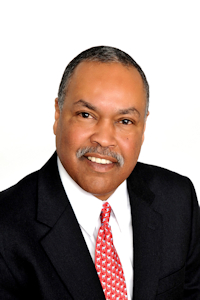 Gregory C. Weiss is a highly experienced trial attorney who has spent a substantial portion of his career representing hospitals and physicians in medical malpractice cases in federal and state courts.

Mr. Weiss graduated from Howard University School of Law and worked as a trial attorney for the United States Department of Justice and as an Assistant United States Attorney, which included the V.A. Hospital. Thereafter, he developed a defense practice in the areas of medical malpractice, pharmacy, personal injury and environmental law.

Mr. Weiss is licensed in Louisiana, Michigan, Colorado and the District of Columbia.